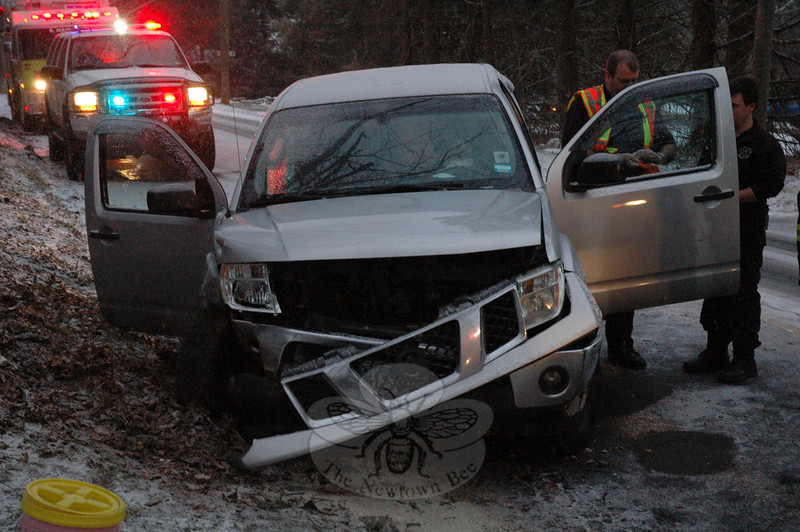 Police report a one-vehicle accident during slippery conditions late on the afternoon of Monday, January 21, on Toddy Hill Road, just north of its intersection with Settlers Lane. Police said motorist Domingos Justo, 48, of Shelton was driving a 2005 Nissan Frontier pickup truck southward on a snow-covered Toddy Hill Road at about 4:17 pm, when the vehicle slid on the snow-covered road and went out of control. The truck crossed over into the northbound lane and then struck a large tree along the northbound road shoulder, police said. Ambulance staffers transported Justo to Danbury Hospital to be checked for injuries, police said. Botsford volunteer firefighters responded to the incident. The accident caused travel delays in the area. Police said they issued Justo an infraction for traveling too fast for conditions. (Gorosko photo)