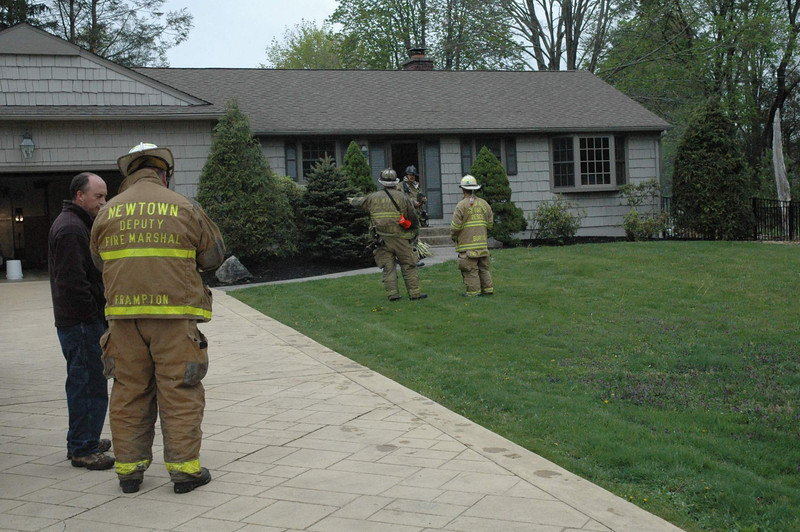 Newtown Hook & Ladder, Dodgingtown, and Sandy Hook volunteer firefighters responded to a fire call on the afternoon of April 23 at the Maher residence at 8 Juniper Road in the borough. A malfunctioning circuit breaker in the basement resulted in an accidental electrical fire, said Deputy Fire Marshal Rich Frampton. There were no injuries. The fire caused light smoke to enter the house. Damage is estimated at approximately $9,000. (Gorosko photo)