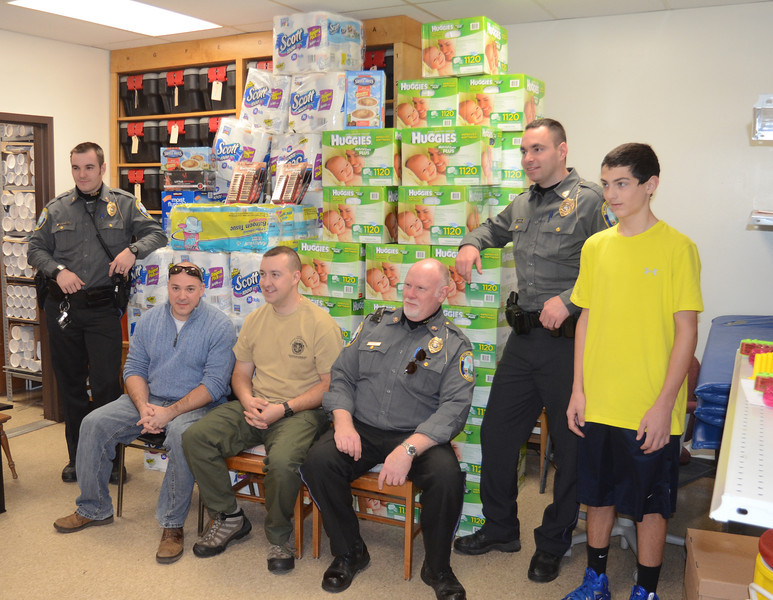 A number of volunteers pitched in on November 24 to assist Officer Matthew Hayes, seated center in T-shirt, and the Newtown Police Union packing care packages for the Connecticut National Guard’s 143rd Military Police Company of West Hartford. Officer Hayes was a member of that unit for nine years, including a period of deployment to Iraq in 2003. Joining him, from left, are Officer Liam Seabrook, Officer Scott Ruszczyk who is also the local union president, Officer Robert Haas, Officer Ben Mulhall, and Ryan Norton. (Voket photo)