Staff photos from the editorial files of The Newtown Bee.
Read More 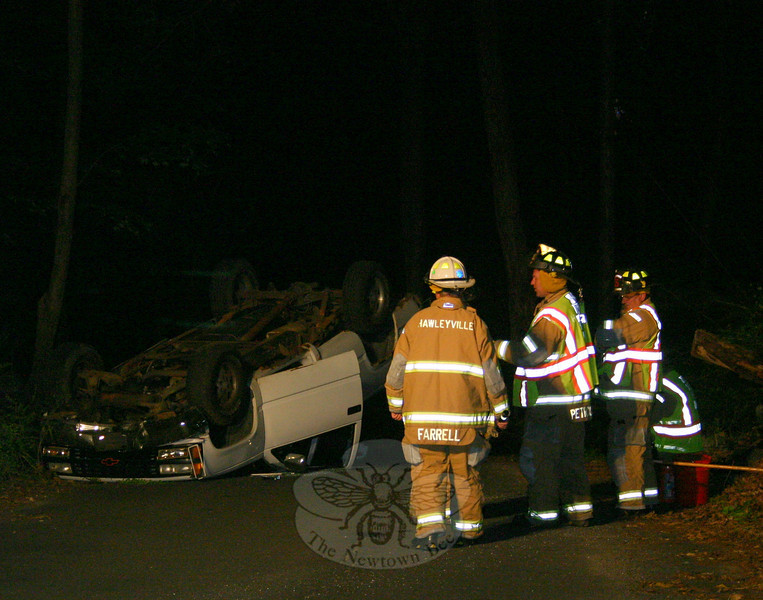 Hawleyville firefighters responded to a one-vehicle rollover accident about 2:08 am May 24 on Sturges Road. Police said motorist Craig Hayes, 23, of 40 Great Hill Road, was driving a 1990 Chevrolet GMT-400 pickup truck eastward near 15 Sturges Road, when he looked downward to operate the vehicle’s radio and then looked back toward the road, but saw a deer on the road. Hayes swerved to avoid hitting the animal, but then struck an embankment, resulting in the truck rolling over onto its roof. Hayes climbed out of the vehicle and then jogged to his home, police said. Hayes received minor injuries in the accident and was evaluated by ambulance volunteers, but he refused treatment. Police charged Hayes with evading responsibility, making a restricted turn, and distracted driving. He is scheduled for a June 3 court appearance. (Hicks photo)