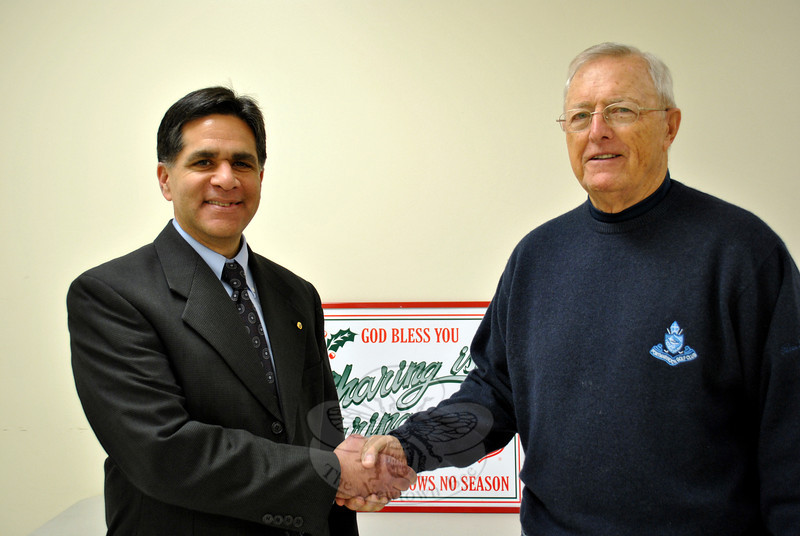 Glenn Nanavaty, left, is congratulated on his new position as chairman of the Newtown Service Unit of the Salvation Army by outgoing chairman Dick Sturdevant, Tuesday, January 14. Mr Sturdevant served as chairman of the unit for six years, and has been involved with the group since 1998. Mr Nanavaty, who like Mr Sturdevant is a member of the Newtown Lions Club, said that he is happy “to try to fill the tremendous shoes of Dick Sturdevant.” (Crevier photo)