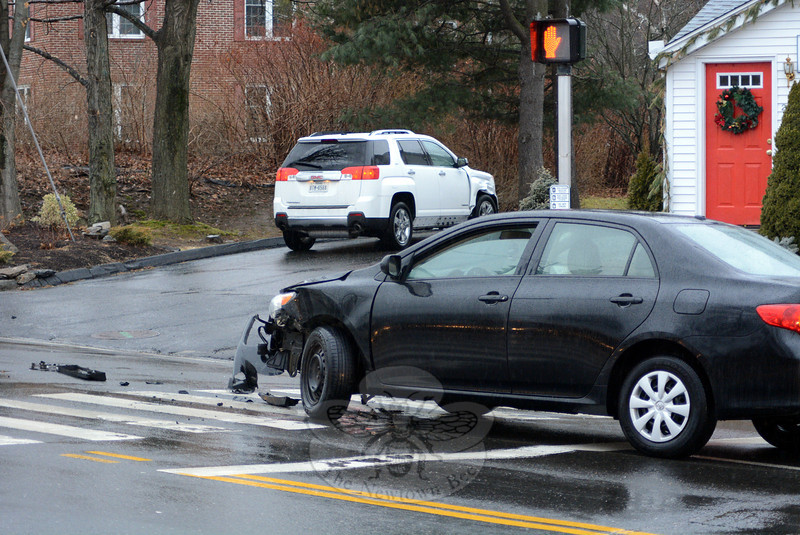 The Toyota, foreground, and a GMC, background, were involved in a sideswipe accident about 8: 11 am on January 14 on westbound Church Hill Road at its intersection with Queen Street, police said. There were no injuries. Police said the collision occurred between a 2010 Toyota Corolla sedan driven by Cody Wright, 24, of 2 Walnut Tree Hill Road, and a 2013 GMC Terrain SUV driven by Jodi Jones, 45, of 12 Timber Mill Road. Police said they charged Wright with failure to drive in the proper lane and with driving under suspension. (Gorosko photo)