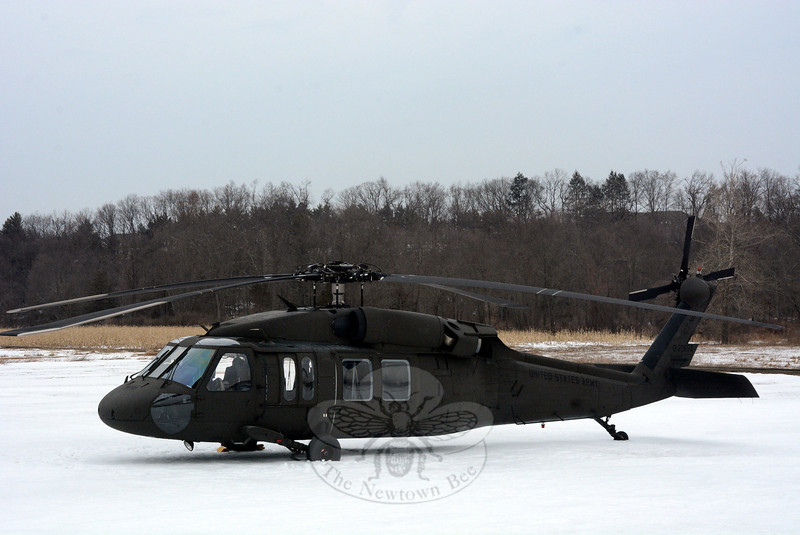 Although helicopters don’t often travel to Newtown, one arrived on the morning of Wednesday, March 12, carrying several soldiers who went to the Connecticut Army National Guard’s military dog kennel at Fairfield Hills for a meeting. The US Army’s 65-foot-long Sikorsky Black Hawk helicopter sat parked in a snowy farm field near the kennel while the military personnel toured the facility. The kennel opened in the spring of 2006 for the training and keeping of military dogs. The $2.5 -million kennel is used by the guard for its antiterrorism work. The army called Newtown Hook & Ladder volunteer firefighters to the kennel for the aircraft’s arrival and departure as a safety measure. (Gorosko photo)