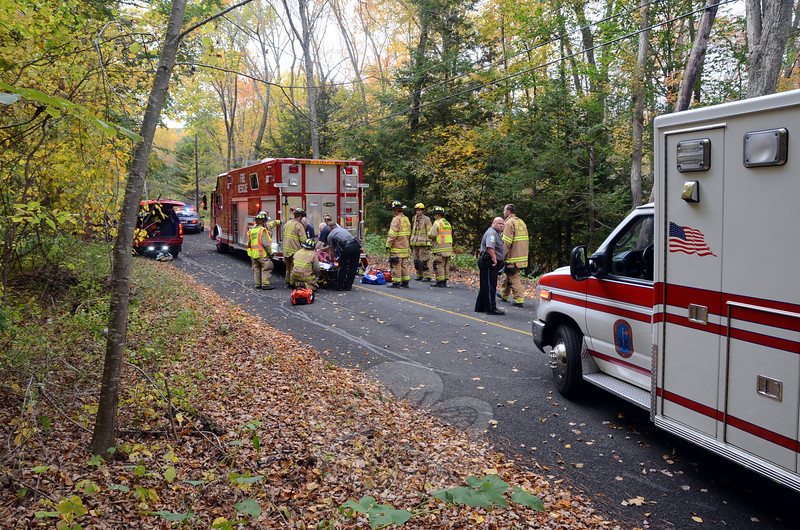 Local police, ambulance, and Sandy Hook Fire & Rescue volunteers converged on a crash scene on Albert’s Hill Road near the Walnut Tree Hill intersection just before 3 pm on October 15. The Ford Escape SUV involved appeared to be heading north on Albert’s Hill Road before the unidentified driver clipped a utility pole causing the vehicle to veer off the road, down a steep embankment, causing it to flip on its roof. Firefighters were able to free the single occupant who was transported to Danbury Hospital. The crash was still under investigation at press time. (Voket photo)